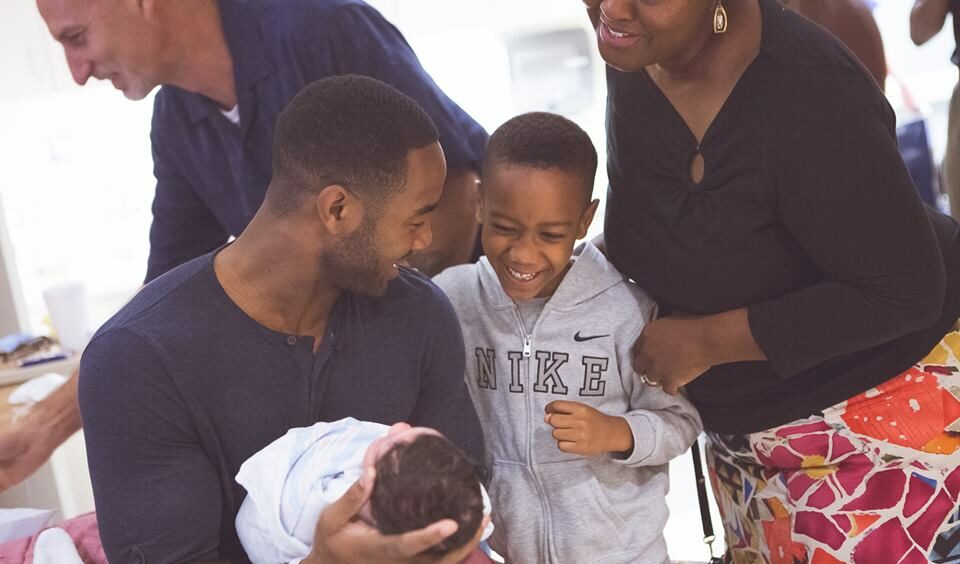 The role of fathers in childbirth and postpartum care has been an evolving one over the past century. Although ‘Care For Mom’ doulas really do center their attention around the mother and her expectations for a successful birth story, we can’t forget about our dad’s. The level of a dad’s involvement will obviously vary from person-to-person, depending on their availability, personality, and capability. However, general trends of paternal presence can be observed through time.

Before the 1900s, when women gave birth at home they were accompanied by midwives and female family members, leaving the father outside the door. Then birth became more of a medical matter in the early 1900s and women began to go to the hospital to give birth. Even then fathers were still prohibited from attending the birth in order to keep the birth under control. By the mid-1900s a change began to occur. Individuals began advocating for childbirth education and became more involved in the decision-making process surrounding their birth. With the evolution of better technology, wholesome education, and the normalization of such practices, fathers are becoming more hands-on when it comes to the care of the mother and the child during and after birth.

JaMichael Perryman is an experienced father of five and the husband of a birthing educator. He encourages all dads to step up their game when it comes to fatherhood.

Perryman claims that the first step to increasing a dad’s involvement is to become educated about the birthing process. To know what to expect and to know what you should or shouldn’t do. When a father is present and asks questions, it helps the mother relax. This way she doesn’t feel alone in the journey. In turn, this leads to both a healthy pregnancy and a healthy baby since the mother is focused more on her own wellbeing. In addition, dads can’t forget to take care of their own health. When the birthday comes around, they need to focus their full attention and energy on the mother and baby.

Some dads don’t believe that their close involvement is a necessity since they are not the ones giving birth. However, professionals and experienced parents will confirm otherwise. Perryman underlines that “even during postpartum, that’s a bonding time for you as the dad with the baby. That’s the time for you to really be there, to have that skin-to-skin time, and make that contact with the baby. Because all of that feeds into mom’s wellbeing.”

Prepare To Be A Voice

As a support person to the mother, fathers have a voice- to speak up for their partner if they can’t in the time of labor. For this reason, fathers should hold conversations with their partners. about creating a personalized birth plan and the mother’s expectations for that specific day. As a result, both parents will be on the same page. And speak up for each other when the baby is on the way. To assist them in these conversations, parents can bring in professionals like doulas. Doulas bring awareness to the different options during and after labor and guide them through tough decisions.

Although the role of dads has not been consistent over the years, fathers need to remember that they are just as much a part of their child’s birth story as is the mother. Therefore both parents need to be cared for. And that is acquired by education, health, and physical presence.